Founder and leader of Looking Up to Jesus Prayer ministry at Kronom, Pastor Joseph Acheampong has revealed that President Nana Addo’s decision to ban some activities such as funeral gatherings, wedding, partying, church service, night clubs within the country in his effort to calm the spread of corona virus is a very good step, but, he(the man of God) reveals it’s left with something very important which was supposed to be added.

According to him, he wonders why the decision excluded very crowded areas like the Kumasi magazine and Aboso Okai in Accra.
He calls for an immediate inclusion of those areas as earlier as possible since it poses a danger threat for the people of Ghana.

The man of God in his submission, exclusively revealed that the virus even though can attack some few blacks, but the fact is that it’s never meant for blacks per his prior revelation.

He however revealed that there’s a very serious pandemic ahead, that’s meant for Africans of which he calls for an earlier alert and possible antidote.
According to him, there is a serious famine ahead of Africans which needs attention or else. 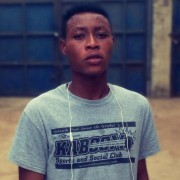 Covid-19: Declare Mass Testing of People as an Approach to curb the spread of coronavirus-Anfred